Flash Pack
Search
Talk to us

Why you should prioritise making new friends for your wellbeing

Dear future Flashpacker: This is why you should try group adventure

Africa Asia Europe The Americas
Back

About us
Flash Pack is back, together
Your Guides
The Flash Pack Foundation

Why you should prioritise making new friends for your wellbeing

Dear future Flashpacker: This is why you should try group adventure

Founders Update: Flash Pack is back, together

Hailed as “truly extraordinary” by Sir Ranulph Fiennes and billed as “Britain’s most intrepid hero since Scott of the Antarctic“, adventurer Ed Stafford hit the record books after becoming the first man to walk the Amazon. The deadly journey took two and half years and, now a Discovery Channel documentary, ignited a career in solo adventure. Ed continues to travel and film all over the world, surviving in some of the most hostile environments on Earth, from ‘Naked and Marooned’ and ‘Left For Dead’ to his upcoming series ‘First Man Out’. This is Ed Stafford’s Flash Pack column, written once a month from somewhere remote and halfway across the planet. Probably. Over to Ed now, enjoy the read…

Like most of us, I used to go on trips with other people – volunteering on gap year expeditions, with other soldiers in the military (formerly a British Army Captain) – I was always surrounded and supported by others.

I loved leading teams and it was always fun and sociable. Then, one daft day, I suggested to Discovery Channel that it would be a good idea to strand me naked and alone on a desert island between Fiji and Tonga for 60 days (‘Naked and Marooned’).

It was my first ever real experience of isolation and its effects – and it changed my life forever.

Six years later and I seem to have carved a career out of surviving in remote places on my own. So, hoping they somehow might help you on your own solo travels, I’ve rounded up ten of the best lessons my solo adventures have taught me so far.

Chilly in the barn this morning (compared to Borneo!). I have a month to rest and train before I fly to India for the next episode against @mattgraham_earthskills. Tired today actually so might have a couple of rest days with @laurabingham93 and @ranstafford first #FirstManOut @discoverychannel @discovery_uk @vivobarefoot

Let’s start with a silly but handy admin tip. I need to be fit and strong, not superhuman – but I must have a level of ongoing basic robustness. As I travel a lot I like to be able to exercise without any kit and so press-ups (and calisthenics in general, i.e. bodyweight exercises) end up being my staple.

Read more: How fit do I need to be for a Flash Pack holiday?

As I’m constantly in airports, I end up having quite a lot of waiting time. So, over recent years, I tend to seek out areas where you can have a shower before you fly. I do a 15-minute workout, shower and then put on a fresh t-shirt. This means I can use waiting time efficiently and I tend to arrive fresher and feeling far more vibrant. Pull-ups on the back of toilet doors also work well, but make sure you don’t get punched for looking like a peeping Tom.

Heading back into the jungle next week. For the first time ever with my 9-month-old son, @ranstafford. See my Facebook page for live video of all the new things I’ve got to take… facebook.com/edwardjamesstafford/ #expedition @laurabingham93 #babiesofinstagram

Back when I was in the army, I would have mocked the idea that one day meditation would become a daily routine for me. But being alone is a great teacher and, the more I became conflicted with opposing and sometimes destructive thoughts, the more I was drawn to methods of escaping the madness. I use an app called ‘Headspace’ that is almost a meditation option for cynics.

A million miles from incense burning and chanting “ommm,” Headspace is just a simple introduction to stepping back and detaching from your thoughts and emotions. People often ask me the top survival tip I use on my solo adventures and it’s an easy answer: meditation. If I’m aware and calm, then things come easily. Resources are easier to find, stresses are easier to overcome and everything seems to shift into a better place. Get over your prejudice and try it.

8. Learn the basic 20 words in the local language

This is just common courtesy and, if you have time, then learn the language before you travel.

But if, like me, you now travel to too many places to be able to speak the languages, then at least learn the basics. “Hello”, “thank you”, “please”, “how are you?” are all phrases that will not only allow you to communicate but will shift the energy of the people that you want to interact with. They will treat you with more respect. Even if you get it horribly wrong at least the locals now have something to laugh at. One of the most powerful tools on solo adventures – and in life – is to visualise what you want.

In 2008, I started Walking the Amazon from the Pacific side of South America. I don’t think I’m an arrogant man but in my mind I could clearly see myself running down the beach and flopping into the Atlantic Ocean. It wasn’t a conscious or deliberate visualisation at the time – I was just day dreaming – but it had the same effect.

Read more: 5 fitness challenges to test your limits in 2018

Nearly two and a half years later, the scene played out on a beach near Belem in Brazil and I’d done something that no-one else thought was possible. I think if you can see something being achieved in your mind, it has a much better chance of actually happening in the real world. This one is light-hearted and simple. At times, when I’ve been paddling late at night, needed to reach a destination and a storm hits, it’s all too easy to get really down or even panicked.

I went to a school where we had to go to church a lot and so I find hymns particularly rousing (and I’m not even religious!). So, as the rain is biting into my flesh and my arms are covered in goose bumps from the cold, I just sing my little heart out. ‘Jerusalem’ is my favourite, and my morale picks up immediately. It works with Robbie Williams tracks too.

5. Realise that the obstacles ARE the journey I find it’s often all too easy to get frustrated. Things go wrong, transport fails, or people let you down.

It’s easy to get angry as things haven’t gone the way you wanted them to. But, after years of solo adventures and leading expeditions, I now see the folly in such anger and frustration.

Read more: 6 warm-up trips to awaken your adventurist within

It achieves nothing and just makes everything feel much worse. The best way I’ve found to avoid it is to realise that every journey is made up of good bits and bad bits. They’re all necessary to have an adventure, and having nothing go wrong would be boring! So, realise that it’s these so-called “bad” times that are often the times you’re forced to come up with new solutions and you end up learning more. This is what solo adventures are all about.

These experiences ARE the journey.

4. Travelling alone means that you’re often forced to interact with people, even if you’re feeling shy

The Dongo brothers were two Asheninka Indians who were the people I’d been most scared of in the whole of my Amazon route. I thought that they were going to kill me – it’s a long story.

But I was forced into a situation where they were part of my life and I had to explain myself and portray myself as a respectful and decent human being to them. The result was that they not only let me pass but they agreed to walk with me. They ended up walking with me for 47 days and became my great friends.

If we arrived in a new village, instead of suspicion and fear we were met with open arms. Sometimes they even threw a party! 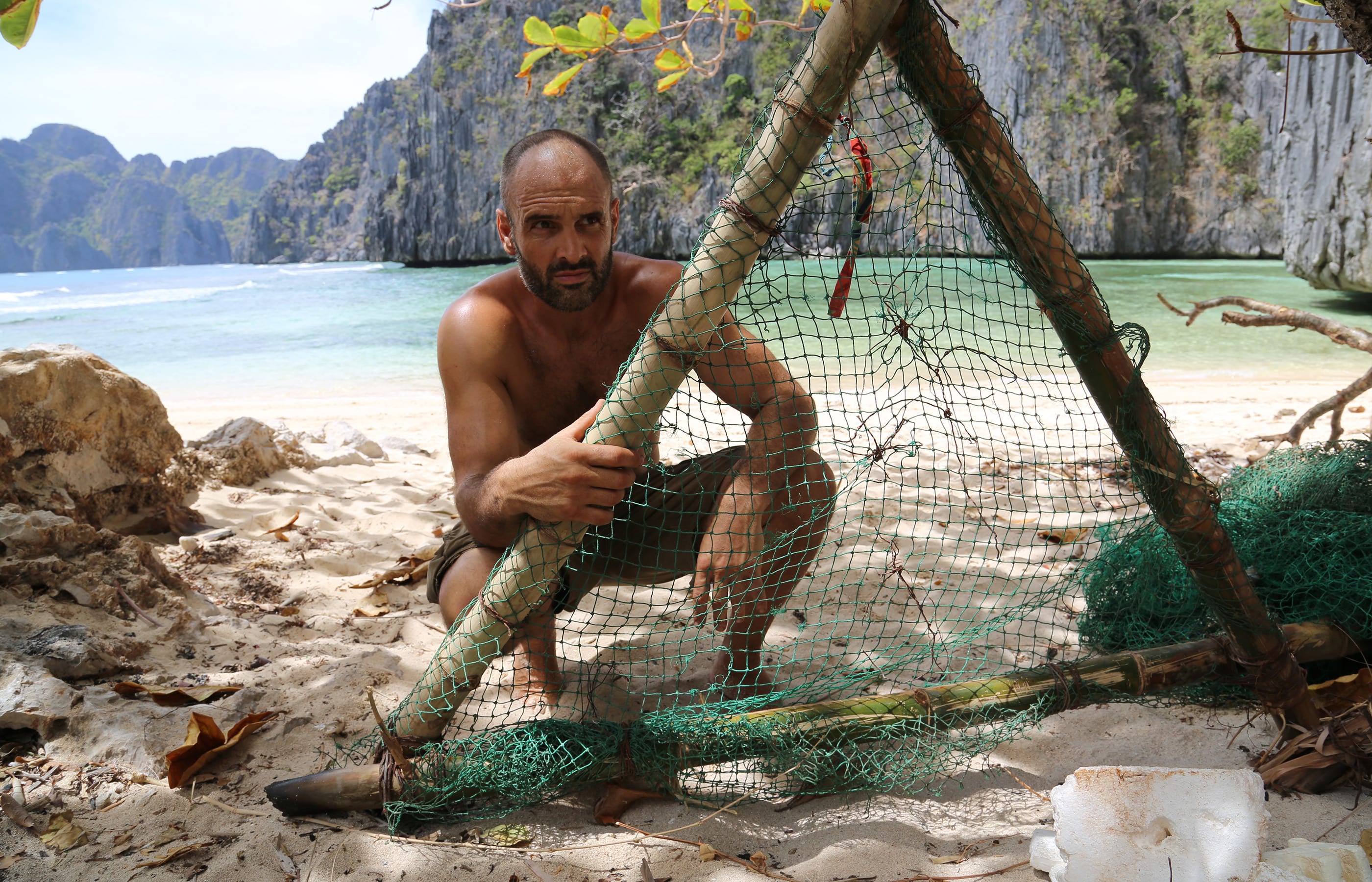 I think if you’re travelling alone and can look after yourself then you can’t fail to bring a more confident air back into your own life. Problems become more trivial if you’ve faced life-threatening situations and survived. To me, isolation is a bit like a mirror.

It’s easy to hide your quirks or demons in everyday life. You can go on Facebook or have a little Instagram binge, anything to distract you from the restlessness. But go travelling alone, out into the wild with no distractions – no phone, no people, no drink, no drugs – and suddenly you’re faced with a raw version of yourself that sometimes is quite a shock.

This can be difficult at first. But learning more about yourself and how you work is always a good thing in the end. It’s given me far more emotional stability.

1. Everyone needs a harbour

Happy #FathersDay to all #dads out there. Everything that made sense before makes even more sense now. Love it.

I was once told that a marriage is like a harbour and that a ship is safest there, but that ships are built to sail the oceans.

My solo adventures are just as exciting and fun as ever before, but now that I have a wife and a baby boy these travels seem so much more wholesome. I think the conflicting people can seem to carry is unnecessary. Life is healthy when it includes travelling alone and the learning and self-development that it brings. But life is even richer when you then come home to a loving family – that’s completed my picture and is the key to my own happiness.

Ed Stafford is back next month with another column based on his experiences as one of modern Britain’s boldest and most popular adventurers. We’ll see you back here then.

Where will your next adventure take you?

We’ve cherry-picked three of our best solo adventures for you to take on:

The peaks of Peru

Experience some of the same challenging environments Ed trekked through during his ‘Walking the Amazon’ expedition on our trip to Peru. We stay in boutique Amazonian lodges and head out on jungle treks packed with wildlife and stunning canopies. We also take on Rainbow Mountain, at 5,000m, in the Peruvian Andes. Conquer this and you won’t believe how beautiful it is at the summit.

Challenge yourself in Chile

Throw yourself into white-water rapids, glacier hikes and geyser spotting on this mesmerising 13-day trip around Chile. The trip takes in the Casablanca Hills, the Atacama desert and jaw-dropping glacial scenes in Patagonia. And it’s one that will leave you stunned by the earth’s beauty. You’ll also head home with some brag-worthy memories – who else in your office can say they hiked a glacier?!

Discover the secrets of Croatia

Here’s a trip packed with adventure but also a little chill. You’ll go waterfall kayaking down the Mrežnica River (yes, straight down waterfalls – it’s fun, we promise). Then wild swimming in the emerald lakes of Plitvice Lakes National Park. Pure paradise. But there’s also time to wind down in ‘the new St. Tropez’ – the gorgeous town of Hvar. It’s the perfect mix of adrenaline and rejuvenation.

A simple way to cope with travel anxiety

Hear about our new adventures before anyone else

Talk to an expert

Need help choosing your perfect adventure? Speak to one of our dedicated Travel Advisors now.

Hear about our new adventures before anyone else.

Be the first to hear about exclusive Flash Pack offers.

Receive weekly inspiration and travel stories from solos just like you.